IT Band Syndrome- What is it and how to address it

IT Band Syndrome- What is it and how to address it 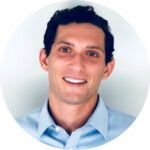 If you’ve been a runner for any length of time, you’ve likely heard of the IT band (and possibly dealt with pain from it!) But do you know what it is and what it’s role is?

The iliotibial band (IT band) is a thick connective tissue that starts at the hip with fibers from the tensor fascia lata (TFL) muscle, gluteus maximus, and gluteus medius. From the hip, it runs down the outside of the thigh where it inserts at the lateral knee.

The IT band plays a crucial role to help stabilize both the hips and the knees by resisting forces that cause the knee to collapse inward (valgus forces). The IT band needs to transition over the outside of the knee as the knee goes from a straight position to a bent one, and because of this transition, activities that require repetitive knee bending and straightening (cycling, running, etc.) can irritate the knee. This is known as IT band syndrome.

While there are arguments over exactly what tissues are becoming irritated in IT band syndrome, the general sentiment is that there is increased pressure on a number of structures as the IT band transitions over the knee.

Increased compression can occur for a number of reasons, but two of the most common reasons are due to the muscle it’s attached to being tight and poor form due to a lack of strength and control. If you’re experiencing IT band pain, the two exercises below address both of the likely culprits, along with a rationale behind them. If you’re having pain in your knee when running, cycling, or swimming, then give these exercises a go.

“Release” Your IT Band

The IT band is an inert structure, which means it cannot contract. It is a dense fibrous tissue designed to connect different parts of the body and resist forces that can cause damage to the body while increasing mechanical efficiency.

We’ve all seen someone grimacing as they foam roll the outside of their thigh for 15-minutes to loosen up their “tight” IT band. While this might impact forces at the knee by loosening up part of the quadriceps, which also attach at the knee, it’s highly unlikely that this self-inflicted torture is actually lengthening or loosening their IT band.

A landmark study from Falvey et al. from the Scandinavian Journal of Medicine and Science in Sports have shown that it takes 100 Newtons of force to lengthen the IT band 2mm or the equivalent of <.05% of the IT band. What that means: Unless you plan on taking a steamroller to your IT band, you’re better off addressing tightness at the muscular origins of the IT band.

As mentioned above, IT band has attachments to the tensor fascia lata (TFL), gluteus maximus, and gluteus medius muscles. There are a number of ways that you can address tension in these muscles, but I generally use a foam roller or medicine ball to loosen them up. Watch the video below to make sure you are targeting the correct areas.

How to do this: Try working out any tight spots in these muscle groups for 45-60 seconds in each muscle before your next run!

Strengthening can impact IT band stress on the knee for two reasons. When the glutes aren’t strong enough to meet the demands that you’re asking of them, the TFL tends to tighten up to help you move more efficiently, which in turn increases tension on the IT band and compression at the knee.

Additionally, the gluteus maximus and medius are responsible for stopping the knees from falling in and for keeping our hips level. As you can see from the image, when the hips drop and the knee collapses in, the IT band is lengthened, which will compress the outside of the knee further.

The exercise below is called The Running Person. It ’s a great glute strengthening exercise and also helps to improve your body awareness.

How to do this: Start standing on one leg with the other leg bent up to hip height and your hands on your hips. Slowly bring your foot back to the floor a few feet behind you, while you drop your hips back into a small single leg squat. Tap the floor and return to the starting position. With your hands on your hips, you should be able to feel whether your hips dropping. It can also be helpful to use a mirror to see whether your knees are collapsing between your feet.

How often to do this: Try performing this for 2-4 sets of 8-12 repetitions of this exercise, 3-4 times per week to see the strength gains you are looking for.

If you need more help

As always, these are general recommendations that may not fit your specific needs as an athlete with knee pain. If your ability to run at the level you would like is being hampered by knee pain, make an appointment to see a physical therapist at MoveMend for a running analysis and an individualized treatment plan!